The United States Supreme Court recently ruled in Kindred Nursing Centers v. Clark that a Kentucky Supreme Court holding barring attorneys-in-fact from signing arbitration agreements on behalf of their principals because it infringed on their principal’s constitutional right to a trial by jury, was pre-empted by the Federal Arbitration Act (FAA). What is remarkable about the opinion authored by Justice Elena Kagan, is that it puts virtually the entire court (save for Justice Clarence Thomas who dissented and newly appointed Justice Neil Gorsuch who did not participate) on the same page in support of arbitration in a consumer action, here a health care case. Even AT & T Mobility LLC v. Concepcion (Concepcion), heavily relied upon in this decision, was decided on a 5-4 split with Justices Ginsburg, Breyer, Sotomayor and Kagan dissenting. Thus, Kindred Nursing Centers demonstrates how a majority of the Justices now broadly accepts the FAA’s pre-emption of “any state rule discriminating on its face against arbitration.” (Justice Thomas’ dissent was based solely on his belief that the FAA does not apply to state court actions.)

In Kindred Nursing Centers, the plaintiffs were each attorneys-in-fact under a power of attorney for elderly relatives who they placed in a Kindred owned facility signing admitting documents which contained an agreement to arbitrate any dispute arising from the residents’ stay. Upon the death of both, plaintiffs sued for wrongful death in state court alleging substandard care was the cause of death. The Kentucky Circuit Court (trial court) denied defendants motions to dismiss and compel arbitration, which denial was upheld by the Kentucky Court of Appeals. Once before the Kentucky Supreme Court, that court held that the agreements to arbitrate where in fact invalid because neither power of attorney specifically entitled the representative to enter into an arbitration agreement; and because the Kentucky Constitution declared the right of access to the courts and trial by jury to be “sacred” and “inviolate,” an agent could deprive her principal of such rights only if expressly provided in the power of attorney.

The United States Supreme Court reversed the Kentucky high court, finding that this was exactly what Concepcion had barred, adopting: “a legal rule hinging on the primary characteristic of an arbitration agreement—namely, a waiver of the right to go to court and receive a jury trial.” The Court pointed out that while states can formulate laws applicable to an arbitration case, if such law is not to run afoul of the FAA, the rule must in fact apply generally, rather than single out arbitration for disfavored treatment.

As the Court further explained, the Kentucky Supreme Court’s opinion demonstrated hostility to arbitration as a vehicle to avoid the Kentucky Constitution’s holding jury trials as a sacrosanct right of its citizenry. Nevertheless, the fact that seven of the Justices lined up behind the rule in Concepcion indicates that statutes that single out arbitration will now not only be at greater risk than before the Kindred decision, such statutes will also find an almost uniformly unreceptive audience at the high court. 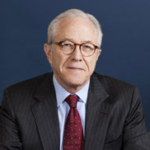 As a litigator, Neil has been lead counsel in a substantial number of court and jury trials, appeals and arbitrations in state and federal courts in the areas of legal malpractice defense, technology, securities, fiduciary fraud, corporate and business disputes, real estate and natural resources involving environmental, water and oil and gas.