Home » Appellate Practice » Jumping the Gun: What Happens If a Notice of Appeal Is Filed While Post-Trial Motions Are Pending?
Mon13

Jumping the Gun: What Happens If a Notice of Appeal Is Filed While Post-Trial Motions Are Pending?

Posted by Josephine Mason Petrick on Sep 13, 2021 in Appellate Practice

Sometimes, due to inadvertence, eagerness to move the case along, or strategic considerations, litigants will jump the gun and file a notice of appeal while post-trial motions are pending.  What are the consequences of this strategy in California?

It depends.  For certain post-trial motions, a superior court retains jurisdiction to rule on them even though a notice of appeal is filed—but that is not true for all such motions.  And in some cases, the law is not yet settled.

As always, careful research, attention to detail, and calendaring are required when it comes to preserving issues and rights for appeal.

When a Notice of Appeal Is Filed, Can the Superior Court Still Rule?

As a refresher, a motion for a new trial is generally designed to correct something that went wrong at trial and the litigant would like a “do-over.”  In addition, a motion for new trial must be brought to preserve for appeal a claim that damages were excessive or inadequate, including a punitive damage award.  A new trial motion is often combined with a request for conditional additur or remittitur.

A JNOV motion is generally brought if, at trial, it becomes apparent that the case never should have been brought to trial, often due to some legal issue.  A motion for partial JNOV may also be appropriate.

Litigants should also consider bringing a strategic JNOV if (1) they intend to appeal, and (2) they would like the Court of Appeal to declare that litigant the prevailing party as a matter of law, and not to allow a retrial after the case is remanded to the Superior Court.

Until the split of authority is resolved, superior courts may choose to follow either line of precedent, though as a practical matter they will usually follow the decision from the appellate district in which they sit.  (See Auto Equity Sales, Inc. v. Superior Court (Hesenflow) (1962) 57 Cal.2d 450, 456; Rutter, supra, ¶ 14:195.)

Finally, a 663 motion may be brought if the moving party believes that there is a discrepancy between the special verdict and the judgment.  (Sometimes a 663 motion is combined with a motion under Civ. Proc. Code, § 473, subd. (b), seeking to relieve a party or their legal representative from an order or judgment due to the party or counsel’s mistake, inadvertence, surprise, or excusable neglect.)

A 663 motion may also be brought following a bench trial if the moving party believes that there is an incorrect legal basis for the decision, or that the decision is not supported by the facts.  However, following bench trials, a 663 motion cannot be used as a substitute for following proper procedures to request and object to a proposed statement of decision.

However, courts mayrecognize an exception for a 663 motion directed at a judgment that is truly “void.”  (Rutter, supra, ¶¶ 3:84, 7:42.)  For example, an order may be void in the rare case when the trial court lacked jurisdiction or the judge lacked judicial authority.  (See Andrisani v. Saugus Colony Limited (1992) 8 Cal.App.4th 517, 524; Lovret v. Seyfarth (1972) 22 Cal.App.3d 841, 852.)  In cases involving a truly void judgment, the trial court may still have jurisdiction to rule on a 663 motion despite the litigant’s noticing an appeal from that judgment.

Could the Trial Court Lose Jurisdiction to Rule on Post-Trial Motions for Reasons Other Than a Notice of Appeal?

Be aware, there is a reason why a Superior Court may lose jurisdiction to rule on pending post-trial motions other than a notice of appeal—the passage of time.  If that occurs, the motions are deemed denied.

Assuming the motions were valid (see CRC 8.108), the applicable appeal deadlines will then be calculated from the date on which the orders were deemed denied.

Must Litigants Choose Between Waiting for a Ruling on Post-Trial Motions and Pursuing an Appeal of the Judgment?

However, it is important to note that the post-trial motion must be timely and procedurally proper for this to be true.  (CRC 8.108.) 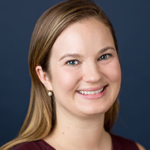