Posted by David Casarrubias on Oct 29, 2021 in Appellate Practice

Judicial notice is a powerful tool for litigants to get factual matter in front of a court without a sponsoring witness or all the other burdensome requirements under the rules of evidence. If used properly, facts that are beyond dispute and other universally known facts can be firmly established in the case so that the parties can focus on triable issues that must be resolved by a judge or a jury.

For example, in a burglary case, a trial court may take judicial notice of when the sun set on a certain date in order to conclude whether or not a burglary was committed in the nighttime. (E.g. People v. Helm (1957) 156 Cal.App.2d 343, 344 [analyzing prior Penal Code § 460].) The court can judicially notice that the burglary was committed in the nighttime based on the indisputable fact that the sun set before the burglary—thereby allowing the parties to focus on other disputed facts at trial.

Like trial courts, appellate courts also have the power to take judicial notice of facts and propositions that are beyond dispute. (Cal. Rules of Court, rule 8.252; Cal. Evid. Code, § 459, subd. (a).) In practice, the types of matters that are judicially noticed on appeal typically include legislative and regulatory history or other executive actions that can aid the court in its review of the legal issues on appeal.

The starting point is California Evidence Code section 451. It provides six subcategories of matter that shall be judicially noticed. Next, California Evidence Code section 452 provides additional categories of matter that may be judicially noticed to the extent they are not embraced within section 451. Ultimately, an appellate court may take judicial notice of the matter embraced within either sections 451 or 452, to the same extent that a trial court could notice the same matter. (Cal. Evid. Code, § 459.)

The second category of subject matter, i.e. matter that the trial court has to judicially notice under California Evidence Code sections 451 and 453, is more specific and includes the following:

Separately, appellate courts must also judicially notice any universally known facts. (Id., subd. (f).) These are described as “[f]acts and propositions of generalized knowledge that are so universally known that they cannot reasonably be the subject of dispute.” (Ibid.) For example, an appellate court would be compelled to judicially notice that Donald J. Trump is not the current President of the United States because that is a fact of generalized knowledge so universally known that it cannot reasonably be the subject of dispute. (People v. Tossetti (1930) 107 Cal.App. 7, 12 [holding that a fact know among persons of “average intelligence and knowledge of things” will satisfy the “universally known” requirement].) Again, the court would test the matter under the requirements of California Rules of Court, rule 8.252(a)(2), and determine whether it must take judicial notice.

But remember, just because a document is judicially noticeable does not mean that everything within a document is indisputably true. Courts do not take judicial notice of hearsay statements for the truth. (Gilman v. Dalby (2021) 61 Cal.App.5th 923, 930 [“We deny two more of Appellants’ requests because they seek judicial notice for an improper purpose—namely, for the truth of the matters asserted in the documents.”].) And just because a court has to take judicial notice, that does not automatically mean that the matter noticed is ultimately relevant to disposition of the appeal.

Being familiar with this mandatory subject matter will ensure that a party on appeal can bring matters before the appellate court that could not otherwise be brought through the record on appeal. So when the record does not include such matters, such as when judicial notice was never requested below, it pays to be familiar with moving for judicial notice in the Court of Appeal. (Cal. Rules of Court, Rule 8.252.) 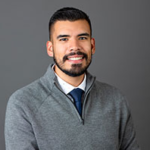 David is an Associate with Hanson Bridgett’s Appellate Practice Group where he focuses on writs, appeals, and law and motion. In addition to appellate litigation, David has experience litigating a variety of business disputes and has a robust practice representing government agencies throughout California. David also maintains an active pro bono practice, serving on Hanson Bridgett’s Pro Bono Committee.