Appeals of an Arbitrator’s Determination on Injunctions

Posted by Patrick Burns on Mar 31, 2022 in Appellate Practice

California Code of Civil Procedure 904.1 is probably not a stranger to appellate lawyers who practice in California, as the statute provides a list of certain types of pre-trial orders from which an appeal may be taken. One of the categories of orders listed is “order[s] granting or dissolving an injunction, or refusing to grant or dissolve an injunction.” The statutory phrase “injunction” is interpreted broadly (subject to some exceptions) and applies to a number of different types of injunction orders. (See Valley Casework, Inc. v. Comfort Const., Inc. (1999) 76 Cal.App.4th 1013, 1019 [preliminary injunctions]; Nakamura v. Parker (2007) 156 Cal.App.4th 327, 332 [temporary restraining orders]; R.D. v. P.M. (2011) 202 Cal.App.4th 181, 187 [civil harassment restraining orders];  North Beverly Park Homeowners Ass’n v. Bisno (2007) 147 Cal.App.4th 762, 765 [postjudgment orders granting or denying requests to modify or dissolve injunctions].)

A recent court of appeal decision considered the question and answered it in the negative, holding that the appealability of a superior court order on a motion to petition or vacate the arbitrator’s award is governed by the California Arbitration Act (“CAA”), not Section 904.1. (Kirk v. Ratner (2022) 74 Cal.App.5th 1052, 1062.)

On appeal, the court of appeal affirmed the dismissal of the petition, holding that the trial court’s order was not an appealable order. In doing so, the court of appeal rejected Kirk’s argument that because she would be entitled to an appeal had the trial court granted a preliminary injunction, she should be able to appeal the arbitrator’s award and the superior court’s denial of her petition to vacate.

The district court’s determination in Ratner makes sense given the general legal landscape governing judicial review of an arbitration award. Where the award challenged is “interim,” i.e. not final for failure to resolve all issues to be decided in the arbitration, a superior court lacks jurisdiction to vacate or correct it. (See Maplebear, Inc. v. Busick (2018) 26 Cal.App.5th 394, 407.)

But the case also serves as an important reminder that judicial and appellate review of a motion to vacate an arbitration award does not follow the typical rules of appellate procedure that would apply to other orders filed in court. As Kirk argued in her appeal, if the court had issued a preliminary injunction she would be entitled to an immediate appeal—but because the arbitrator issued the injunction, her challenge in the superior court and appeal was governed by CAA rules requiring a separate determination. Thus, before challenging an arbitrator’s issuance or denial of an injunction in the superior court, it is important to assess whether the arbitrator’s actions were “interim” or “final.” 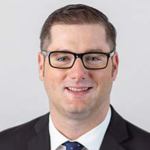