Justice William Bedsworth’s recent column, “Oral Argument: Better Than Oral Surgery,” packs a lot of meanings into the title’s last four words. (See The Recorder, 12/19/2022.) I suppose it might depend on viewpoint, you know, surgeon or patient, the condition in question, the complexity of the problem, and how direct the approach. I’m not speaking of dentistry here.

Getting counsel to answer questions can be like pulling teeth. I was reminded of that yesterday while looking for an oral argument. I landed on the prior case somewhere in the middle of the video. It took three tries to get counsel to directly answer the question. A few years ago, while waiting for my case to be called at the California Supreme Court, an attorney responded with “I’ll come to that one later, Your Honor, I’ve got to tell you this first,” causing an array of facial expressions along the dais. And onward, he sailed.

What happens to attorneys stepping up to the podium causing them to want to duck and hide like a child wishing to escape a dentist appointment? If oral argument is, as Justice Bedsworth describes it, “counsel’s last shot,” then why do oralists so often refuse to pull the trigger, fire blindly at the sky, or aim the gun at their own heads? Why do some attorneys show up unprepared? Why do some attorneys refuse to acknowledge any potentially adverse question? Why is the hypothetical always viewed as a trap? In extreme instances one gets the impression counsel would deny their own names if asked by anyone in a black robe. All this may be another reason why Justice Bedsworth said “sitting and watching can tire you out.”

Of course, the justices are hardly spectators. And good appellate work is consistently high focus, whether you’re a lawyer or a justice. There are no light days in appellate work.

Where to start? Pick up the briefs and reread them, including your own, with skepticism. Where are the weak points, or weaker points, in your own brief? The questions will go there. Shouldn’t you be ready? What are the policy ramifications of your answer? What are the consequences for the next case? You must have those answers in hand too.

I remember the first appeal I ever argued (as respondent, it did not require any Daniel Websterish work on my part). The First District was closed for retrofitting (yeah, that long ago), and was in temporary quarters close to the Bay Bridge. In the case right before mine, Appellant’s counsel led with a meandering approach. About four minutes into the soliloquy, counsel was interrupted with a terse, “Why don’t you get to the point? You’ve been up there for almost five minutes and haven’t advanced your argument at all.” This edgy nudge caused counsel to actually advance the issues for a couple/three minutes, at which point he stated that he really did not want to get into the next aspect of it because it was in the briefs, and started to turn away from the podium. That was met by the PJ with finger pointing and “That’s what we’ve been waiting to hear about. That’s what your case obviously turns on. This is your moment to explain it, and you’re folding you hand?” To his credit, counsel stayed up there. It did not go any better. Was it lack of preparation? Nerves? Honest error in deciphering what the weakness was? Just a bad day at the podium?

Most of the bad things that can happen at a podium can be avoided. We can usually prepare, nerves can be overcome, and a good approach is to formulate the hardest questions and best answers well in advance—know them cold. Brainstorming sessions are very helpful, as are moot courts.

There is another benefit to brainstorming sessions and moot courts—vetting any rhetorical devices. I remember an argument in the Third District. The issue was statutory interpretation. Appellant’s counsel asked the justices to recall a popular mind teaser from their college days: an image of a woman’s profile hidden on what appeared to be a page comprised only of gray dots. As he put it, “you have to get in the right frame of mind before the silhouette of the woman appears, but she’s there.” I guess his point was that the particular statute was difficult to decipher. After my response, he came back up and began rebuttal. The PJ interrupted, stating, “Hang on a minute counsel. I have to be honest with you. I still don’t see the lady.” I don’t think counsel meant to convey that his interpretation was hard to see.

Candor, Not Equivocation Or Fabrication

There are worse sins, I suppose, than lack of preparation, evasive answers, and ambiguous rhetorical devices. Foremost among them, as Justice Bedsworth reminds us, is misleading the court about what’s in the record. At an oral argument I had in the First District, a very well-known plaintiffs’ side appellate specialist opened with a factual gloss that did not fly. Mere seconds into the argument, the lawyer was interrupted with “Where is that in the record?” Before counsel could speak, the justice answered his own question, “That’s not in the record.” The argument did not go any better after that.

Appellants’ counsel know that the system is designed to affirm on any grounds, whenever possible. Perhaps that is where the tendency to “argue” comes from. To press harder, to raise the volume, to lean in to the microphone—the anxiety of losing takes over. But despite the term “oral argument,” reasoning is the only effective approach. And the best “arguments” consist of logical, gentle persuasion.

Thankfully, no matter how we perform at the podium, we’re given substantial time and page limits to articulate our positions on paper well in advance. As another First District justice likes to say with a smile, “If counsel hasn’t convinced me in 14,000 words, how will they do it in 15 minutes?” (That’s 28,000 words if you are appellant in California state court).

For those who will adequately prepare, be in the moment, and embrace the questions, oral argument can be very effective. As Justice Bedsworth states, “We change our minds on cases every month.” That may be a statistically low number. And it should be, given that all the briefs (another misnomer?) are in the court’s possession for months before oral argument. But when up at the podium, why not help the justices change their minds? Or at least, take an effective “last shot” at it. 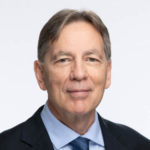 Gary, a State Bar certified appellate specialist, serves as the Chair of Hanson Bridgett’s Appellate Practice. He is on the faculty at U.C. Hastings College of the Law and is also Chair of the Contra Costa County Bar Association’s appellate practice section. He is a frequent contributor to the Daily Journal and other publications.