Home » Appellate Practice » Not Saying the Quiet Part Out Loud; or, Keep Your Cool on Appeal to Avoid Contempt
Wed30

Not Saying the Quiet Part Out Loud; or, Keep Your Cool on Appeal to Avoid Contempt

Posted by Adam Hofmann on Jun 30, 2021 in Appellate Practice

It’s safe to say that I’ve been fortunate in my legal career. Among other blessings, I have also benefitted from representing clients who were consistently right on the law and facts and who were even justified from a moral and public-policy perspective. Yet, exasperatingly, I have not prevailed in all of the cases I have litigated. This strange disconnect between objective righteousness and subjective results can only be explained by one thing: judges sometimes make mistakes. And while our appellate-judicial system quite literally exists to catch and rectify those mistakes, even appellate judges and justices sometimes have an off day.

While I am being hyperbolic and facetious in (what I hope is) an obvious way, it is also true that we all sometimes lose cases we genuinely believe we should have won, both in the trial and appellate courts. And, if we’re being honest here among friends, we have all had occasion to suspect privately that some judge or other not only erred but ruled against us for some affirmatively nefarious reason. Experienced litigators are (or at least should be) somewhat annealed to this experience, but we are not completely immune to outrage. Moreover, clients often have understandably very strong, emotional reactions to adverse rulings.

Between their frustrations and ours, a desire can arise to call out injustice in the bluntest of terms, especially when challenging a trial court ruling on appeal or asking an appellate court to rehear its prior decision. Surely, this line of thinking goes, if we highlight how prejudiced, corrupt, and/or stupid the decision was, a group of appellate jurists will feel compelled to do the Right Thing. I have had this conversation with clients and trial attorneys many times. It is reasonable, it is cathartic, and I am sympathetic. It is also wrong and ultimately unavailing, and it is critical for lawyers to recognize that fact and advise their clients accordingly before moving forward.

The Fourth District Court of Appeal’s recent decision in In re Mahoney (June 10, 2021) __ Cal.App.5th __ [Case No. G057832, 2021 WL 2386827] drives the point home. In that case, an attorney—whose name now features in the case title—filed an unsuccessful contract case on behalf of an engineering company. When the Court of Appeal ultimately affirmed the judgment, the attorney filed a petition for rehearing. In that petition, counsel “indulged in an unprofessional rant that impugned the integrity of the court,” suggesting that the trial and appellate decisions reflected an overall decline in American society, political corruption, and judicial chicanery and malfeasance. Rather than grant rehearing, the Fourth District issued an order to show cause why the attorney should not be held in contempt. At the ensuing hearing, rather than apologize or show any sort of contrition, counsel “doubled down,” insisting that his arguments merely “mentioned the obvious things that go on in Orange County. . . .” The court was… not persuaded. Decrying the cynicism and incivility that it finds “rife” in modern litigation, the court held the attorney in contempt and fined him. (The fine itself was modest, but I don’t think it is possible to overstate the stigma of having your name in the title of a published appellate decision on the subject of attorney contempt.)

If you think the court is wrong, don’t hesitate to say so. Explain the error. Analyze the cases the court relied upon and delineate its mistake. Do so forcefully. Do so con brio; do so with zeal, with passion. We in the appellate courts will respect your efforts and understand your ardor. Sometimes we will agree with you.

But don’t expect to get anywhere—except the reported decisions—with jeremiads about “society going down the tubes” and courts whose decisions are based not on a reading of the law but on their general corruption and openness to political influence.

In short, take time with yourself, your colleagues, and your client to “get it all out of our system,” and commiserate about the corrupt stupidity of the judges who rule against you—in private. Then put those frustrations on the fence and focus on the record facts and legal standards. And if you or any member of your team persists in their desire to air their sense of affront to a court, share with them the sad story of Mr. Mahoney. 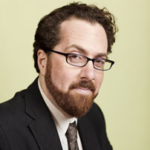